Landscape photographer and travel addict Mike Wong has created a super useful tool for fellow photographers who want some help location scouting. It’s called “PhotoSpots,” and it’s an interactive “heatmap” that reveals photography hotspots around the globe and even pulls sample photos from those locations.

According to the Redditor’s post, the idea came up while scrolling aimlessly through Google Maps to find new spots to photograph. “I thought that it would be interesting to see where and when other photographers were taking photos,” he wrote on Reddit, “so I decided to create a small website that shows exactly that.”

The map, which is powered by Google and uses photo data from 500px, consists of three parts: 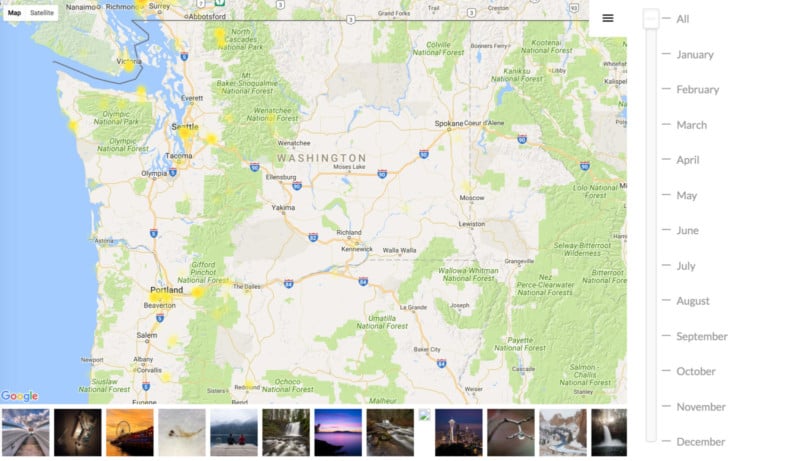 What appears to be coming next is a filter for categories (i.e. nature, cities, etc.), flagging for NSFW content, and making it possible to filter out specific days.

A quick look at the website shows how photographers seem much more active in Europe than anywhere else in the world. Or maybe it just shows the popularity of 500px in this continent.

If you have feedback for improvement or any other suggestions M_Wong would love to hear it.