Every couple wants their wedding day to be one to remember, but this couple went above and beyond to make sure theirs was unlike any other.

James Sissom, 35, and Ashley Schmieder, 32, from California, traveled thousands of miles and spent days trekking through the snow to tie the knot on Mount Everest. They took their wedding photographer Charleton Churchill with them.

The adventurous newlyweds, who spent a year planning the trip, braved freezing temperatures, grueling terrain and altitude sickness on their way to Everest Base Camp, where they exchanged vows at 17,000ft above sea level. “It’s one of the most epic and beautiful locations in the world that’s difficult to get to, and nobody’s done it before,” Churchill said. 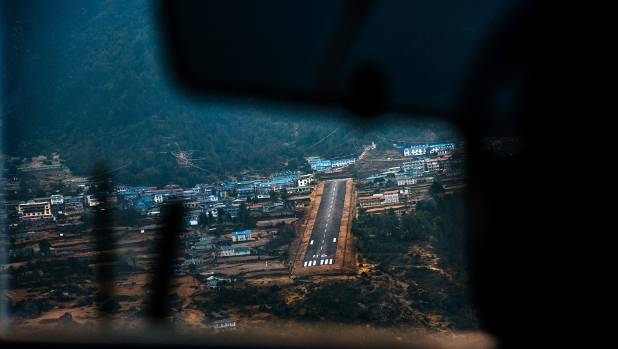 Flying into Lukla Aiport, the renowned and dangerous airport.

“It’s one of the most epic and beautiful locations in the world that’s difficult to get to, and nobody’s done it before,” Churchill said. 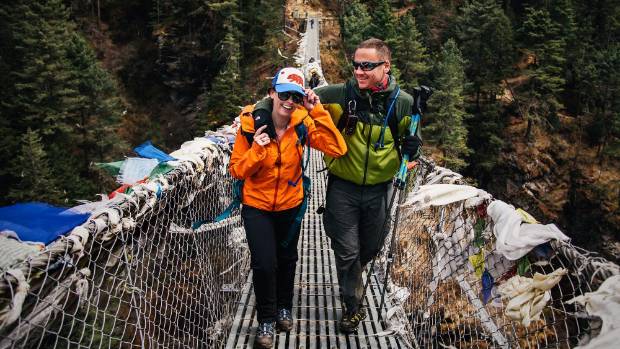 The couple cross bridges as they make their way to Namche Bazaar.
“Ashley is a tough girl who crushed it on the mountain trail and maintained a great pace.  James is a great man who took care of Ashley, always looking after her needs.”

Churchill wrote on his photography blog about the hardships they faced to achieve the epic photographs, saying there was no “glory without suffering”. 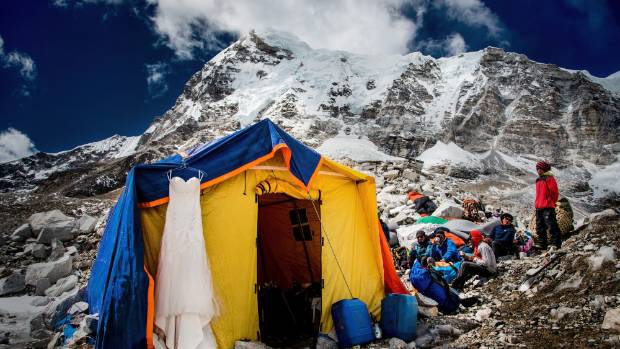 “Since we didn’t have much time to shoot, I threw the dress on the tent and didn’t care about cleaning anything,” Churchill said.

Besides the cold, they had to deal with severe altitude sickness and food poisoning. 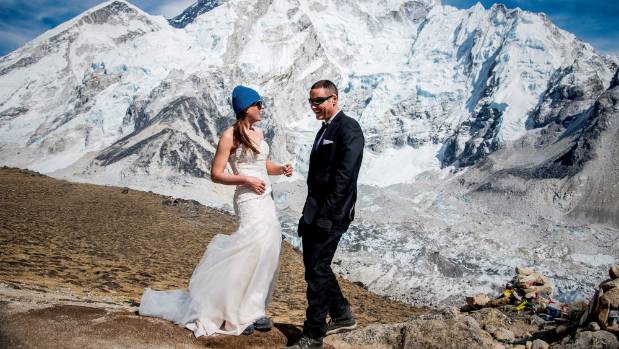 Charleton Churchill says this photo is “one of my favorites here with real smiles, as James gets his first look.” 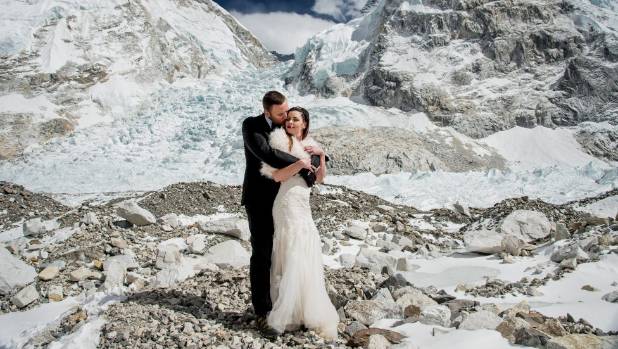 Since they were eloping far away from home, they had no minister, but they exchanged vows, exchanged rings. 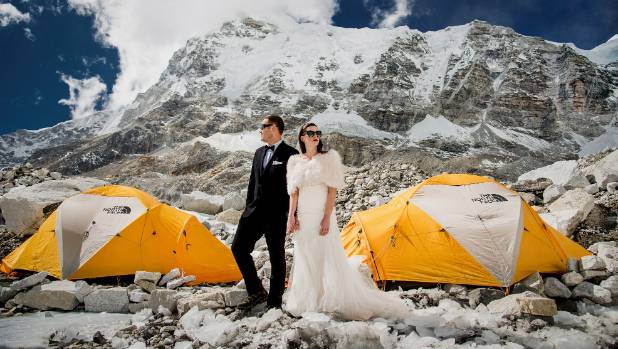 Ashley and James pose outside the tents they slept in.
Meanwhile Everest Base Camp – the tent city where climbers live for several weeks to acclimatize themselves to the altitude – has continued to grow, with more trekkers and tourists flying in by helicopter for day trips, and some even indulging in champagne breakfasts with a view. 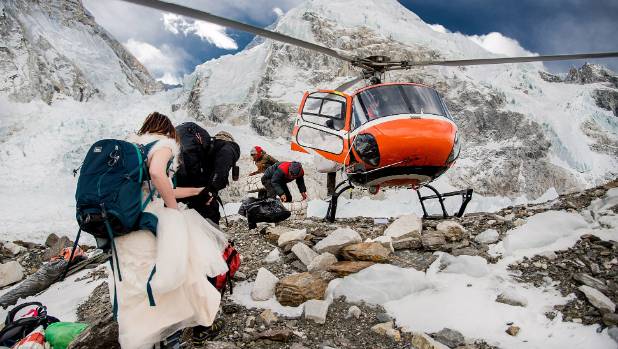 The helicopter arrives to bring them back down to Kathmandu.