David Slater, 52-year-old from South Wales, who specialises in wildlife and conservation photography, said he has been left penniless after years of legal wrangling over whether he or the monkey owns the copyright of the picture. The photographer has spent years fighting a copyright battle in court over the photos, and now he’s broke. He has run out of funds and is now considering coaching tennis and walking dogs as ways to earn a living. 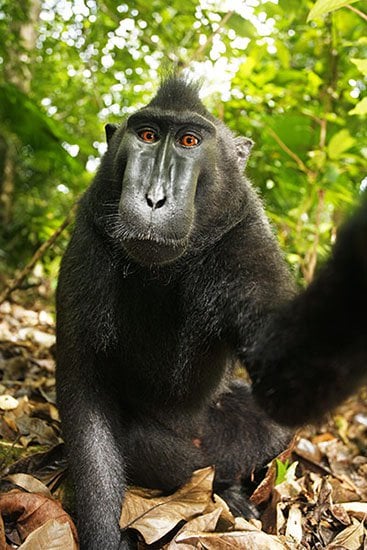 “Every photographer dreams of a photograph like this,” Slater says. “If everybody gave me a pound for every time they used [the photograph], I’d probably have £40m [~$52 million] in my pocket. The proceeds from these photographs should have me comfortable now, and I’m not.”

“I know for a fact that [the monkey in the photograph] is a female and it’s the wrong age,” Slater tells. “I’m bewildered at the American court system. Surely it matters that the right monkey is suing me.”

Slater says he now doesn’t make enough money to pay income tax, and is “seriously on the verge of packing it all in.”