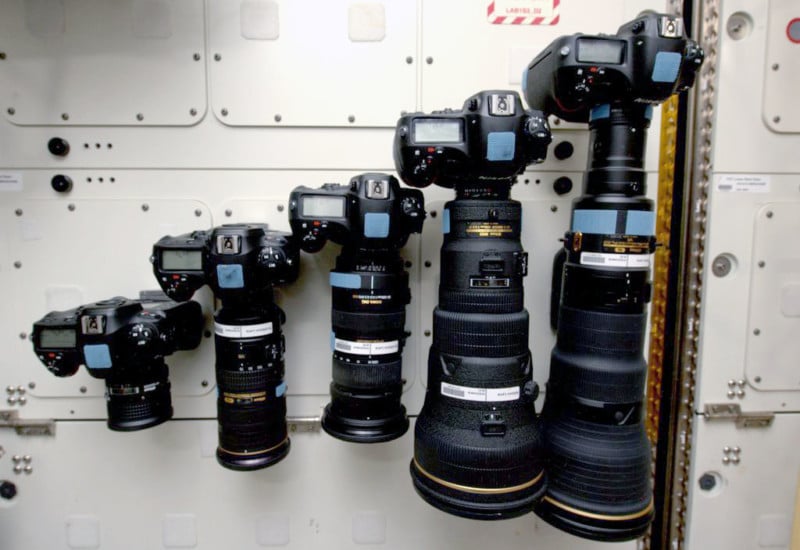 Some of the Nikon DSLR gear onboard the ISS. Photo by Tim Peake.

NASA has an old relationship with NIKON. It ordered 38 Nikon D4 cameras in 2013 and an additional 10 just last year. The two organizations have worked together since 1971.

The Nikon D5 DSLRs NASA just ordered will have no modifications and will be the same versions offered to consumers.

Nikon says that NASA will use the D5 cameras to record its intra and extra-vehicular activities on the ISS, as well as at astronaut training facilities on Earth.

Nikon has also published this timelapse of its cameras’ activities with NASA which you can view below: